Why No-one is Talking to You – Twitter Success Tips

Why No-one is Talking to You – Twitter Success Tips 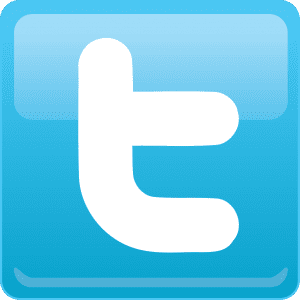 It’s not a good feeling. You’ve set up your Twitter account, you’re posting regularly, you’ve followed the right people and yet no-one is responding to your tweets. You may as well be standing in an empty room and shouting your head off, indeed that may seem like an appealing option at this point. Don’t be downhearted though. Twitter’s a big learning curve and understanding how to communicate with your followers can be a tough nut to crack. That’s why we’ve rounded up a few tips we’d like to share with you.

What are you Talking About?

It’s a common assumption that if people follow you they’ll want to hear you talk about your business. In fact in the vast majority of cases this is WRONG. Just as you wouldn’t want to stand at a party while someone talked endlessly about themselves – BORING – your customers don’t want to hear you bang on about what a successful, wonderful business you are 24 hours a day – if you’re doing your job properly they know that already, or they will hear it from other happy customers. Instead they want to feel that you’re interested in them and understand them as people. There’s a reason why Twitter is described as a social network and if you’re not being social then you’re doing it wrong. If you want to be interesting, be interested #DontBeVanilla

Who are you Talking to?

When you’re deciding who to follow it’s important that you’re very methodical and select with care. People won’t be impressed if they see you’re following thousands of random accounts from all over the internet – and some of them will check. A great starting place is other local businesses, other businesses with whom you have synergy but aren’t necessarily in competition with, influencers in your sphere, and accounts that are using hash tags that are relevant to your business. Some of the people who are following these accounts are your customers, and by monitoring conversations you can work on which are the ones you can join by being useful and relevant.

There’s no point in having a Twitter account if you and everyone in your organisation aren’t 100% clear on why you’re using social media. What is your goal? What do you expect people who follow you on Twitter to do? How are you going to turn them into customers? If you don’t have answers to these questions then your social media strategy needs a major re-think.
If all of this seems daunting then consider using a social media management service to take your Twitter presence to the next level. It’s a great way of making sure you get the most out of your valuable social media presence and the time you spend on creating it.