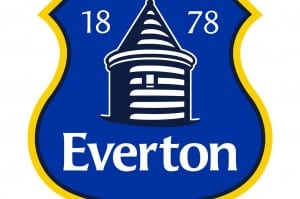 Everton FC listening to their fans

We love this story of Everton fan Ric Wee, who travelled all the way from Malaysia and was excited to see his first home game ever.

Unfortunately, a terrible storm hit the area and …

BREAKING NEWS: Tonight’s game has been called off due building damage which has led to safety concerns. #efccpfc
— Everton (@Everton) February 12, 2014

Sadly @Everton v Palace match called off due to bad weather. Dream to watch EFC play will continue to be on hold. pic.twitter.com/N3xuMflLaX — RW (@ric_wee) February 12, 2014

No abuse, no annoyance, just genuine disappointment at not being able to see the team he loved. Then social media users picked up on his tweet. It was retweeted, shared, commented upon and discussions popped up.

@essayeff @ric_wee @Everton We’ve asked Ric to let us know which lounge he is in and are awaiting reply.
— Helen Mayo (@efc_helenmayo) February 12, 2014

@grandoldteam @essayeff @ric_wee @Everton We’ve found him. And are taking him to meet some of his heroes right now.
— Helen Mayo (@efc_helenmayo) February 12, 2014

And then something very special happened …

How brilliant is that!

This wasn’t PR for PR’s sake, this was finding a fan and saying thanks. Thanks for your support. We appreciate you. It wasn’t an Oreo “Dunk In The Dark” moment, it was a genuine reach out, with the added benefit of being good social media PR as a side issue.

You may not be Everton FC, but don’t miss out when it comes to rewarding your online fans, supporters and brand advocates. Set up searches for your company name and monitor what people are saying about your company online. Chat, say hi, give special offers and reward them by going that extra step. Your customers and advocates will appreciate it.

However, there were many other Evertonians who missed the match incl travelling Palace fans. We all missed the chance to watch a good game.
— RW (@ric_wee) February 12, 2014

And look at that. It couldn’t have happened to a nicer guy!