Is that Obama selfie bad news for meaningful content?

Is that Obama selfie bad news for meaningful content? 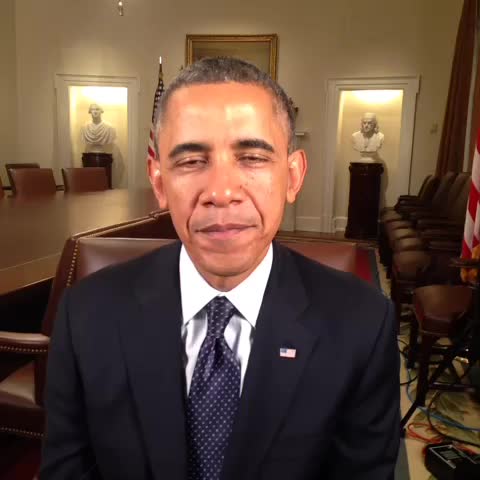 The rise of the selfie

The inexorable rise of the selfie. Selfie is the Oxford Dictionaries Word of the Year 2013. Selfies taken with famous people in unexpected situations go viral, as happened with this Chelsea fan when Mourinho was sent to the stands.

Selfies are being used in advertising. This altered picture of the Kennedys the day after their election win is used to great effect in an advert for the Cape Town Times.

President Obama and the selfie

And now we have the ultimate in the genre – the Obama selfie
Yesterday, President Obama gave a speech at Nelson Mandela memorial. It was stirring, respectful, moving, and delivered by a great orator.

“The questions we face today – how to promote equality and justice; to uphold freedom and human rights; to end conflict and sectarian war – do not have easy answers. But there were no easy answers in front of that child in Qunu. Nelson Mandela reminds us that it always seems impossible until it is done. South Africa shows us that is true. South Africa shows us we can change. We can choose to live in a world defined not by our differences, but by our common hopes. We can choose a world defined not by conflict, but by peace and justice and opportunity.”

Minutes after it was delivered, people were talking online about it being a defining moment in his presidency, and a speech for the ages.
Then the selfie appeared, and social media lit up

The popular Tumblr, Selfies at funerals, was on its last legs but held up its hands in delight and closed down on the basis that this one picture could not be outdone. This one photo was tweeted, shared and reblogged on all the social media platforms and nuances were added.
“The First Lady was angry.”
“David Cameron should have behaved with more decorum”
“The Danish Prime Minister is Neil Kinnock’s daughter-in-law”
This one picture changed the media reporting of the whole memorial service.

The picture crossed over from online to offline and appeared all over the newspapers
Of course, President Obama is no stranger to what is popular on social media. At the height of the SanFrancisco Batkid story, he sent Batkid Miles a short Vine video. On a day when Batkid tweets and stories were everywhere, Obama’s contribution still managed to stand out. But is this selfie-gate an example of how his awareness of pop culture has backfired on him?

Where’s the substance to the story?

Perhaps, more likely, it’s our hunger for the quick picture and the easy story which is leading to a glossing over of the meat and substance of the real issues. Is good, carefully-crafted, content being lost in the digital noise of a funny retweet or a well crafted online parody?

The Daily Mail’s sidebar on MailOnline, often referred to as the “Sidebar of Shame”, can be seen as proof of this. News stories are ignored while puff stories of celebrities’ weight loss or gain, or wardrobe malfunctions are shouted about and highlighted. It works for them, Mail Online’s revenue went up by 48% to £41m this year, but the sidebar stories are mostly pictures with no real substance to the stories.

We see it all the time on Twitter and Facebook, “This Young Mum’s Secret Will Surprise And Shock You!” – you’re tempted to click on it, only to find it’s nothing more than she likes to knit her own socks or some other nonsense. The Twitter accounts Vice Is Hip and HuffPo Spoilers skewer the clickbait trend brilliantly.
The marketing behind clickbait is nothing new – it’s the same set of tricks that cunning barkers would use to get carnival goers into tents  – but shouldn’t we be relying on great content to get readers rather than clickbait if we’re thinking about long term nurturing?

Buzzfeed lists became the template for blogs and are now mocked, but the stories behind them are good interesting and shareable. The headlines “20 reasons why we love 80s comedies” might seem esoteric, but behind the gifs and the funny comments usually prove to be a well written, well researched article that entertains. It’s not the “5 ways to …” headline that is attracting people to click through, it’s the trust in the credibility of the site that the content will be good.

Should you dumb down for your readers? Or should you shake it up a bit? For our part, we don’t think you should be afraid of posting photographs that show your personality (as an individual or as a business), funny vines, or interesting memes if that’s the style that rings true with the identity that you want to present. We’re all for transparency and trusting your own judgement. Don’t be vanilla springs to mind…
Just don’t let the meme overshadow the main part of the story or it becomes the whole story. That road seems a road paved with “good” intentions – but intentions that won’t have you ending up anywhere you might want to be.