Charity Explainer Videos – do they do the job?

Charity Explainer Videos – do they do the job? 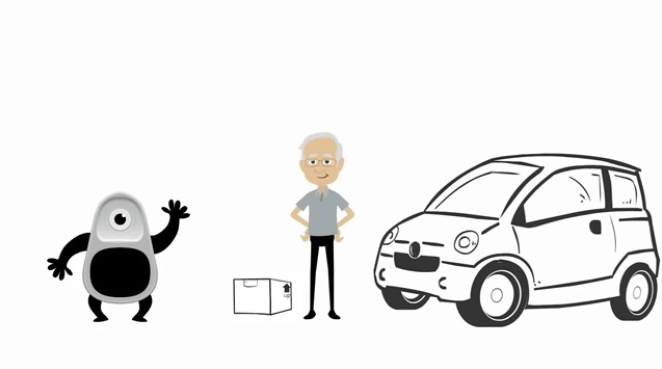 What is an explainer video?

An explainer video is simply a short video which explains to your website visitors what your business or organisation does. With the right script and video presentation, your whiteboard explainer video can spread the word and raise your visibility. A charity explainer video done well can result in donation, sponsor or volunteer numbers hitting the roof! We’ve created many videos for charities as part of their marketing strategy. A great example of a successful explainer video for a charity or not for profit organisation is the one we produced for One Can Trust, a charity based in High Wycombe.

“We’ve worked with Saucy Horse on our video marketing. We wanted to deliver our message to both donors and volunteers in a way that was both engaging and impactful. Their understanding of our needs followed by creative thinking has produced videos that have made a substantial difference to awareness of what we do and the need for people to get involved. Much recommended!” – Graham, One Can Trust.

It’s one thing having an exceptional story, but it’s an entirely different thing to communicate that story to volunteers and donors. Fundraising for charities has never been harder. There is increasing competition for funds, as Corporates are being more discerning and donors are expecting more.

Explainer videos for charities are advantageous because you can tell people what cause their donations are going to – and make them feel involved in something worthwhile. Times have changed from using shocking imagery. Charities are starting to see the advantages of using creative, evocative animations to tell compelling stories instead.

Videos for charities – pitch to donors!

The average potential customer retains around 10% of what they hear, but around 95% of what they see AND hear in a video. Which is why explainer videos for charities are a no brainer. Explainer videos are incredibly versatile. They can be used on all sorts of platforms – landing pages, blogs, social platforms, phones and tablets and pitching to potential donors. You can even use them in video brochures.

Your explainer video needs to appeal to the head and the heart of potential donors. A good pitch is a blend of emotion and logic. So it’s important to use a balance of both in the video, like we did for One Can Trust. You need to tell them what’s in it for them if they should support you. You can achieve this by keeping it clear, and concise. The most effective explainer videos for charities are less than two minutes (often only 60 seconds), and inspire the viewer to take action.

Explainer videos are popular in the world of digital marketing, because when they’re produced by experts who understand your business objectives – they can double the conversion rate of a webpage, and decrease your bounce rate which improves your SEO.

An explainer video we produced increased our clients’ business leads by 200% in just one month – which is the sort of impact we’re sure you’d liek for your charity or not for profit organisation. At Saucy Horse, we are experts in creating brilliant and effective explainer videos. We can tailor the style, content, and tone to suit your charity.  Have a look at more of our work here.